A festive t-shirt was created to commemorate the centenary of Lithuanian basketball. They were inspired by the bronze clothing of the 1992 Barcelona Olympic Games, which was worn by basketball players during the medal ceremony.

In 1992, the Lithuanian men’s basketball team, which had regained its independence, lacked funds to travel to the Olympic Games in Spain. The legendary rock band “The Grateful Dead” came to the rescue of Lithuanians. The Americans designed and presented a t-shirt with a skeleton to put in the bag at a support concert. The funds raised helped basketball players go to the Olympics and fight for medals. Despite all the bans on wearing clothes and symbols not approved by the Olympic Committee, Lithuanians walked on the podium with The Grateful Dead T-shirt. Thus, the legendary basketball skeleton became even more popular, and the Lithuanian team became known as another dream team.

T-shirt exclusivity – QR code. After scanning it, it will be possible to see the owner of the t-shirt and his quote or wish. In total, there will be only 100pieces of T-shirts decorated with an iconic skeleton on sale. 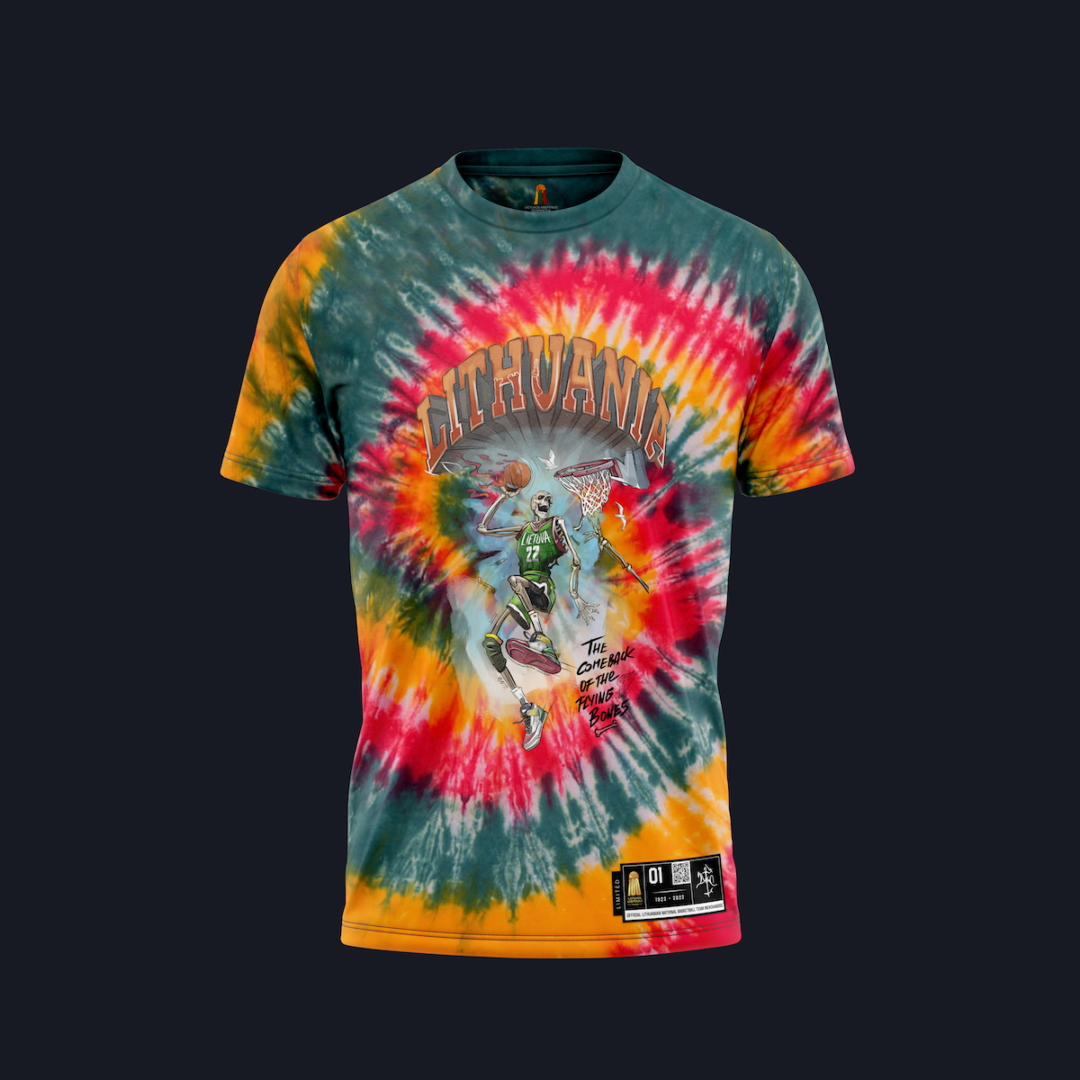 Author of the drawings

“In my opinion, basketball players are like superheroes” – this is how Vladislav Lakše briefly describes his passion for drawing athletes. Vladislav is one of the first performers to sign a contract with the NBA team. He creates visual designs for the Toronto Raptors team.